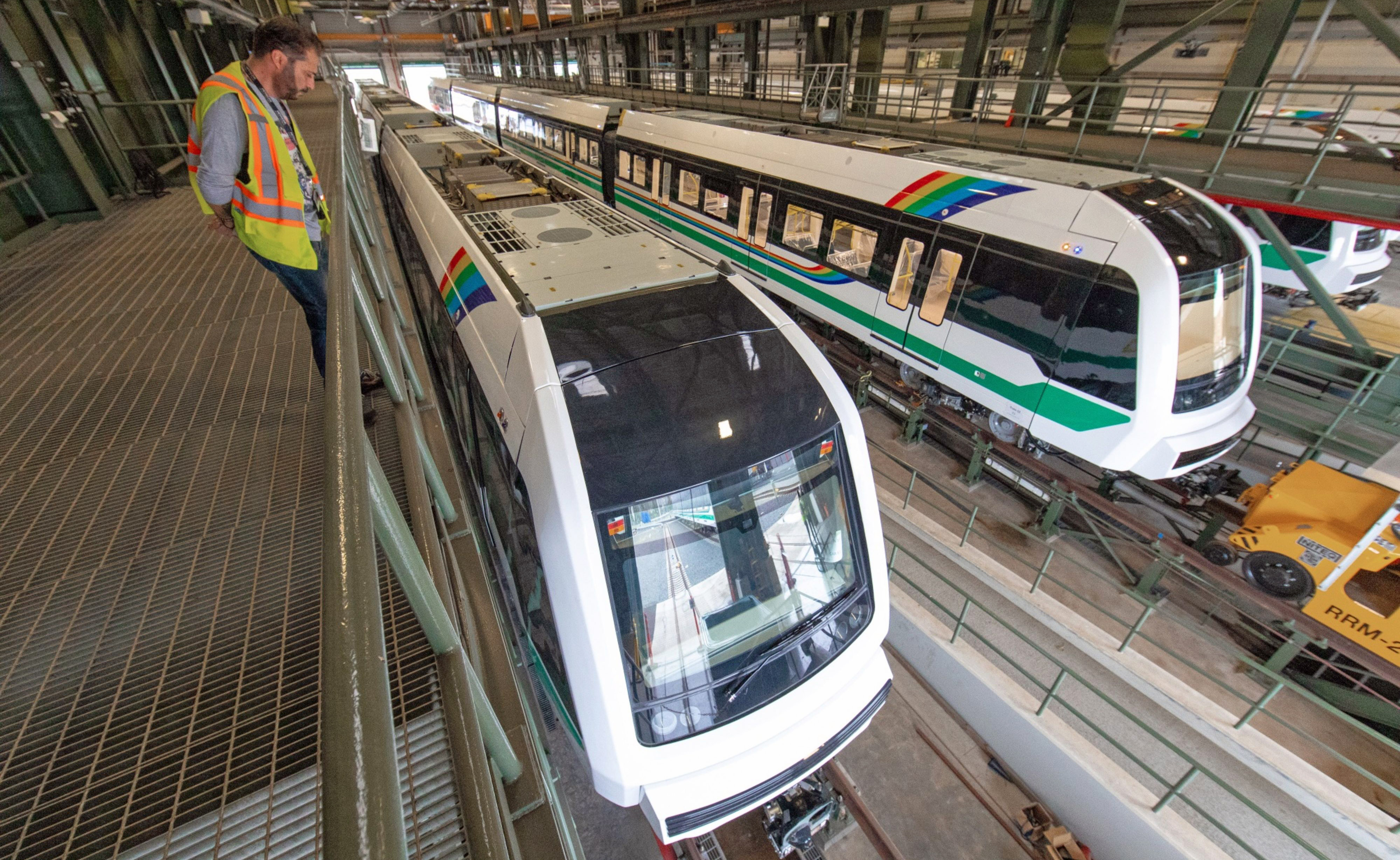 The credit strength of the City and County of Honolulu is likely to outweigh the issues that have plagued Oahu’s 20-mile elevated rail project when the issuer prices $725.4 million in general obligation bonds next week.

Though the Honolulu Authority for Rapid Transportation is responsible for repaying the debt through an agreement with Honolulu, the security for the bonds is the full faith and credit of the city and county of Honolulu supported by an unlimited pledge of ad valorem property tax.

“Buyers really look to the security, much less to the project,” said Matt Fabian, a partner at Municipal Market Analytics.

Lead manager BofA Securities will price a total of $725.4 million in general obligation bonds for Honolulu in two deals with a retail order period Tuesday followed the next day by an institutional order period.

Piper Sandler & Co. and Stifel are co-managers on the deal that has no municipal advisor listed. Orrick, Herrington & Sutcliffe is bond counsel.

Even if Honolulu were selling a lease revenue bond with debt service more dependent on operations, Fabian said, “realistically, in this market, that penalty would be small.”

In a report last week, Fabian described July’s market as historically supply-starved with issuance down by 25% from June.

Honolulu “could turn away from a lease-financed project that falls afoul of local politics, but the GO security mitigates that issue,” he said.

The cost of the 20-mile elevated rail project that would eventually reach the Ala Mona Shopping Center in downtown Honolulu has ballooned to $12.4 billion from original estimates of $5.1 billion a decade ago.

There have been discussions about scaling down the embattled project or returning to the Hawaii Legislature for another extension to the 0.5% general excise tax surcharge beyond 2030.

“The project is a total disaster,” said Marc Joffe, a senior policy analyst with the Reason Foundation. “They couldn’t start operating [on the first phase of the project that’s completed], because the wheels on the train weren’t compatible with the tracks. That seems like something you would get right.”

The key thing for this bond “is it’s a GO that has a first call on all the property tax revenue being collected by the city and county of Honolulu,” Joffe said. “It requires more of an assessment of what Oahu’s tax base is going to be going forward” than the risks inherent in the rail project.

Honolulu also plans to forward refund $147.7 million in outstanding debt in a 2022A series that will close August 4, 2022. Forward refundings have become a popular workaround this year in the absence of advance refundings, which were eliminated in the 2017 federal tax bill. The mechanism of pricing bonds now and settling the deal several months later is on track to surpass previous issuance levels.

“If I was considering investing in this bond, I would spend more time analyzing the economy of Oahu than this project,” Joffe said.

It is the economy and Oahu’s large property tax base that Moody’s and Fitch looked to in affirming double-A ratings, though Moody’s continued the negative outlook first assigned in July.

The negative outlook “primarily reflects our view that the city’s rail project, which has been affected by cost increases, construction delays and technical difficulties, poses a significant contingent liability to the city,” Moody’s analysts wrote. “Pandemic-driven shortfalls in the portions of dedicated tax revenue that support the rail project have incrementally increased the risks.”

The city and county are not as exposed to volatile revenue sources like the general excise tax and transient accommodations tax as the state is, Fitch analysts wrote in a report. Property taxes are the “largest and most stable single source of city and county revenues, at over three-quarters of general fund revenues,” Fitch wrote.

The state’s tourism-based economy was battered by the coronavirus pandemic and associated travel and social distancing policies.

Based on an improved economic outlook, the state’s Council of Revenues increased its forecast for expected revenues by $7 billion over the next few years. And since the start of Hawaii’s Safe Travels program, total passenger arrivals to Hawaii recently reached 81% of 2019 total arrivals statewide and 70% in Oahu, according to an online “road show” presentation for investors.

Other factors Moody’s cited for the negative outlook include uncertainty regarding the pace and sustainability of the tourism recovery. The state also made permanent the shift of some revenue away from the county, the loss of which revenue will likely contribute to a narrowing of the county’s fiscal flexibility, Moody’s wrote.

Both Fitch and Moody’s analysts pointed to Oahu’s massive tax base, which they say has shown healthy long-term growth, as well as the strength and stability of the city and county’s financial profile derived from its tax base.

“Most of Honolulu’s revenue is derived from property taxes, which have very low tax rates on assessed values that are 18-24 months in arrears of market activity, making it substantially less exposed and better positioned to respond to economic declines,” Moody’s analysts wrote.

Since Honolulu reassesses its property taxes on a one-and-a-half year to two-year basis, there is “all this home-price appreciation that has not been captured,” Joffe said.

Joffe called the transit system’s operating costs outlined in the offering documents a “red flag,” because he doesn’t think it will achieve 30% farebox recovery.

“If you look at the population of the San Juan metro area, it is very similar to Honolulu,” Joffe said.

In late 2019, before the COVID-19 pandemic, the average weekday ridership on the San Juan system was only 20,300, Joffe wrote in a commentary. After closing due to the pandemic in the summer and fall of 2020, the Puerto Rico transit system’s ridership remains about 70% below pre-pandemic levels, he wrote.

“The only quibble I have with Moody’s is that Oahu’s population has been flat to declining,” Joffe said. “If you are looking out 20 years on a bond maturity, you can’t be sure the tax base is going to be robust enough to cover debt service. There is risk there. If they can’t reverse the population decline, they could have a problem in the out years.”

The City and County of Honolulu, which comprises the entire island of Oahu, has a population of 974,563, according to the offering documents.

Honolulu isn’t the only city experiencing problems with rail projects. In his commentary, Joffe ticked off issues with cost overruns and construction delays on projects in Minneapolis, Detroit and San Francisco, not to mention California’s high speed rail project.

But don’t look to investors to act as a check on transit projects that are poorly conceived, Joffe said.

In Hawaii, the bonds have the security inherent in GOs and in other cases, they have a tax stream to support it.

“I think it’s unfortunate from a public policy standpoint,” Joffe said. “It would be nice if the bond market acted like a check on transit projects that were poorly conceived or based on unreliable transit farebox studies.

“We look to these projects to deal with climate change,” Joffe said. “If they don’t take people out of cars and take dozens of years to build and cost billions, then they are a poor solution for climate change. It’s unfortunate the market isn’t able to impose that discipline.”