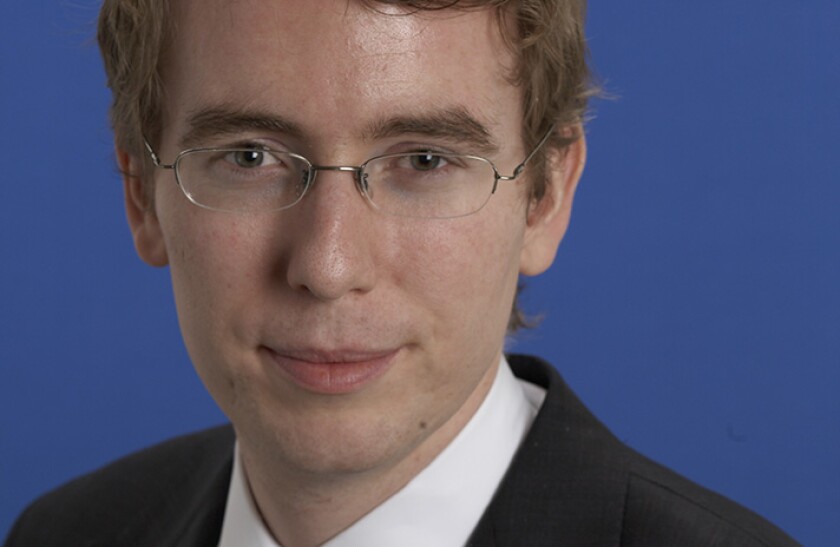 A busy Municipal Securities Rulemaking Board quarterly board meeting saw Patrick Brett selected as fiscal year 2022 chair, the adoption of a multi-year strategic plan, decisions on several regulatory initiatives and the adoption of a $43 million operating budget.

Those and other developments emerged at the MSRB’s in-person meeting held July 21-22 in Washington. Brett, a managing director and head of municipal debt capital markets at Citi in New York will assume the chair with the start of the board’s new fiscal year Oct. 1. Meredith Hathorn, a managing partner at the law firm of Foley & Judell in Baton Rouge, Louisiana, will be vice chair.

“Both Patrick and Meredith exemplify the commitment to public service and market knowledge that are hallmarks of great Board leaders,” said MSRB CEO Mark Kim. “I am delighted to be working alongside Patrick and Meredith to advance the MSRB’s bold new strategic plan grounded in our Congressional mandate to protect investors, issuers and the public interest.”

The MSRB said it will soon announce the incoming class of four board members whose terms will also begin Oct. 1.

The board adopted a four-year strategic plan, which it plans to publish prior to the start of its fiscal year. The board sought comment on the development of its plan in December 2020, and Kim said the process also included in-depth interviews with stakeholders.

“We spent the last year listening to our stakeholders and formulating the Board’s vision for the market that helps bring progress and opportunity to communities across the country,” Kim said. “I’m looking forward to continuing that dialogue and sharing our strategy for how we can deploy the tools of regulation, technology and data in impactful ways to serve the public interest.”

Kim said the plan will serve in part as “a rearticulation of our core mission” built around what he described as the “pillars” of rules, technology, and data. Modernizing the rulebook and the MSRB’s technology, particularly its EMMA system, are both strategic goals, Kim said.

The MSRB completed the first phase of a major technology initiative a few months ago when it finished migrating over to cloud-based computing. The second phase will involve modernizing systems in ways made possible by the first phase, Kim said.

While Kim said the timetable for this second phase is ongoing, it will include a “heavy lift” up front and that at least a substantial portion of the work should be completed by the end of the four years covered in the board’s new strategic plan.

The board decided to seek Securities and Exchange Commission approval for three rulemaking initiatives on which it has already gathered public comment.

Changes to Rule G-10 on investor and municipal advisory client education and protection and G-48 on transactions with sophisticated municipal market professionals (SMMPs) would require dealers to make certain disclosures only to customers who hold a muni position or who have made a municipal bond transaction in the prior year, and would exempt SMMPs from receipt of those disclosures. This change, if approved, would have the effect of reducing the volume of disclosures for dealers by no longer requiring they make muni-specific disclosures to customers who do not hold or trade municipal securities.

The board also said it plans to seek approval of a change to align the text of the MSRB’s Rule G-34 on obtaining CUSIP numbers with current market practices, and will seek SEC approval of proposed amendments to MSRB rules to apply aspects of the SEC’s Regulation Best Interest requirements to bank dealers, who are not covered by the commission’s standard.

Under Reg BI, dealers have to ensure a recommendation is in a retail customer’s best interest and the broker has a duty of care and loyalty to the customer that it didn’t have before. Reg BI went into effect in June 2020.

The MSRB will seek information on ESG practices in the municipal market, the board decided. Kim stressed this was not an MSRB proposal, but only an effort to make sure the board understands the ESG space and the market practices associated with it.

“This is a request for information to help inform our board,” Kim said. “I would characterize the board as being in information-gathering mode.”

The board approved a $43 million operating budget for FY 2022, reflecting a 4% increase over FY 2021. The board also approved designating an additional $7.5 million of organizational reserves to increase the board’s Designated Systems Modernization Fund, bringing the total level of funding to $17.5 million to modernize the MSRB’s suite of market transparency technology systems. The full budget will be published this fall.

The MSRB also announced it has named Omer Ahmed as chief financial officer to oversee the budget and financial stewardship of the organization. Ahmed previously served as chief risk officer.

Nanette Lawson, who has been serving in the dual capacity of Chief Operating Officer and CFO, will focus exclusively on COO responsibilities, including management of the MSRB’s regulatory, technology and data divisions as well as finance, risk, human resources and administration.

Buy This Cheap Oil Stock for Big Dividends, Value & Upside Potential?
Focus on Consistency NOT on Hitting Home Runs on Your Trades
My Stock Dropped Over -20% – What Should I Do?
Here’s Why Chesapeake Energy Shares Were Halted on Tuesday
How to Find Unusual Options Activity in ThinkorSwim (Sizzle Index)