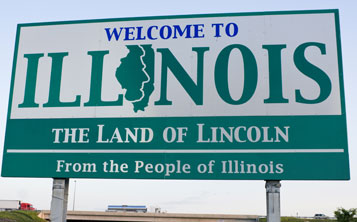 Illinois’ flawed pension funding system weighs heavily on the ratings of some struggling local government ratings and legislative action to date has made little headway in solving the quagmire, S&P Global Ratings warns.

State legislative action consolidating suburban and downstate public safety funds and moving Chicago to an actuarial-based contribution help but they fall short of alleviating the pressures bearing down on municipalities to achieve better-funded ratios.

The consolidation of assets among 650 downstate and suburban public safety plans likely will provide some savings to these plans, but minimal help to address near-term cost pressures and could add contribution volatility risk.

“We believe these plans can strain creditworthiness due to poor funding discipline in the past, inability to reform benefits, weak statutory funding requirements, weak demographic trends, and limited revenue-raising flexibility or political unwillingness to raise revenue,” said analyst Joseph Vodziak.

On the benefit side, state and local governments have few options given state constitutional protections against the diminishment or impairment of promised benefits.

Local governments outside Chicago and Cook County governments contribute to the well-funded Illinois Municipal Retirement Fund but most maintain their own police and firefighter funds. Gov. J.B. Pritzker won legislative approval in 2019 to merge the assets held by 650 individual funds into two systems — one for police and one for firefighters — with the goal of cutting administrative costs and raising investment returns.

The consolidation is estimated to save $850 million to $2.5 billion over the first five years and then $3.6 billion to $12.7 billion through a 20-year schedule to reach a 90% funded mandate by 2040. “We believe this consolidation will provide some cost savings through the elimination of redundancies, but contribution increases will still be required for many plans,” S&P said.

The systems carried $11 billion of unfunded liabilities in 2017 — up from $10 billion a year earlier — with an average funded ratio of just 55%, according to a 2019 report from the Illinois Department of Insurance. The new police fund would have more than $8 billion assets to invest and the firefighter fund more than $6 billion.

The low funded ratios and a mandate to make actuarial contributions has already driven downgrades and many have turned to tax hikes, cuts, and utility system leases to generate revenue to raise contributions.

Of the 250 city and village public safety plans S&P has data for the average funded ratio was only 52% and recent contributions for most plans have failed to achieve funding progress.

Of the rated Illinois municipalities, S&P lowered the general obligation ratings on 18.5% during calendar years 2019 and 2020 compared with downgrades to only 4.9% of rated municipalities across the U.S. About 61% of the 44 Illinois-based downgrades were at least partially due to large net pension liabilities or deteriorating financial profiles caused by poorly funded pension plans.

A handful of governments have faced state funding garnishments under a law that allows funds to intercept the revenue.

That too poses risks.

“The intercept of state funding can severely hinder budgetary flexibility and leave officials with limited options aside from cutting essential services,” S&P warned.

Uncertainty over the public safety funding target also looms. The Illinois Municipal League is pressing for legislation that would extend the 2040 date for a 90% funded ratio to 2050. Chicago’s deadline was previously extended even further out to between 2055 and 2058. Lawmakers did not take up the legislation during their spring session.

“This relief will come at the expense of rising unfunded liabilities that will need to be paid with larger contributions in future years for plans that continue to use assumptions and methodologies that defer costs,” S&P warned.

Chicago’s pension funding woes pose a daunting long-term challenge. Chicago is now funding its police and firefighters’ plans based on actuarial payment and in 2022 contributions will ramp up in a similar fashion for its municipal and labor funds. S&P rates Chicago at BBB-plus with a negative outlook.

“Despite the strength of Chicago’s economy and its role as a regional hub, costs associated with the city’s poorly funded pension plans will continue to pressure the city’s creditworthiness and would be compounded if plan assumptions fail to materialize,” S&P said.

S&P was referencing legislation approved last spring that raised the cost-of-living adjustments for some firefighters that had not been receiving a higher level based on their birth date. “This type of mandate demonstrates the impact state actions can have even with Chicago maintaining its own pension funds,” S&P said.

Lawmakers are also considering extending that benefit to police which would impose a much greater cost burden.

While local governments can’t use their share of federal American Rescue Plan Act aid to make pension contributions, smaller units under 50,000 classified as non-entitlement units of governments at least will soon see their share of the aid package hit coffers.

The state recently announced it had opened up applications setting the stage to begin this month distributing $742 million to about 1,250 local units of governments. Applications must be received by Sept. 30 to receive half this year and the remaining half of their allotment in 2022.

States and larger cities and counties receive their funds directly from the federal government. Illinois submitted its invoice to the U.S. Treasury Department July 21. Seven states have still not applied for the NEU funds.

“Local officials are eager to put these funds to use in their communities. The economic impact will be both immediate, due to job creation, and long term, because of the investment in critical infrastructure,” IML executive director Brad Cole said in a statement from the state.