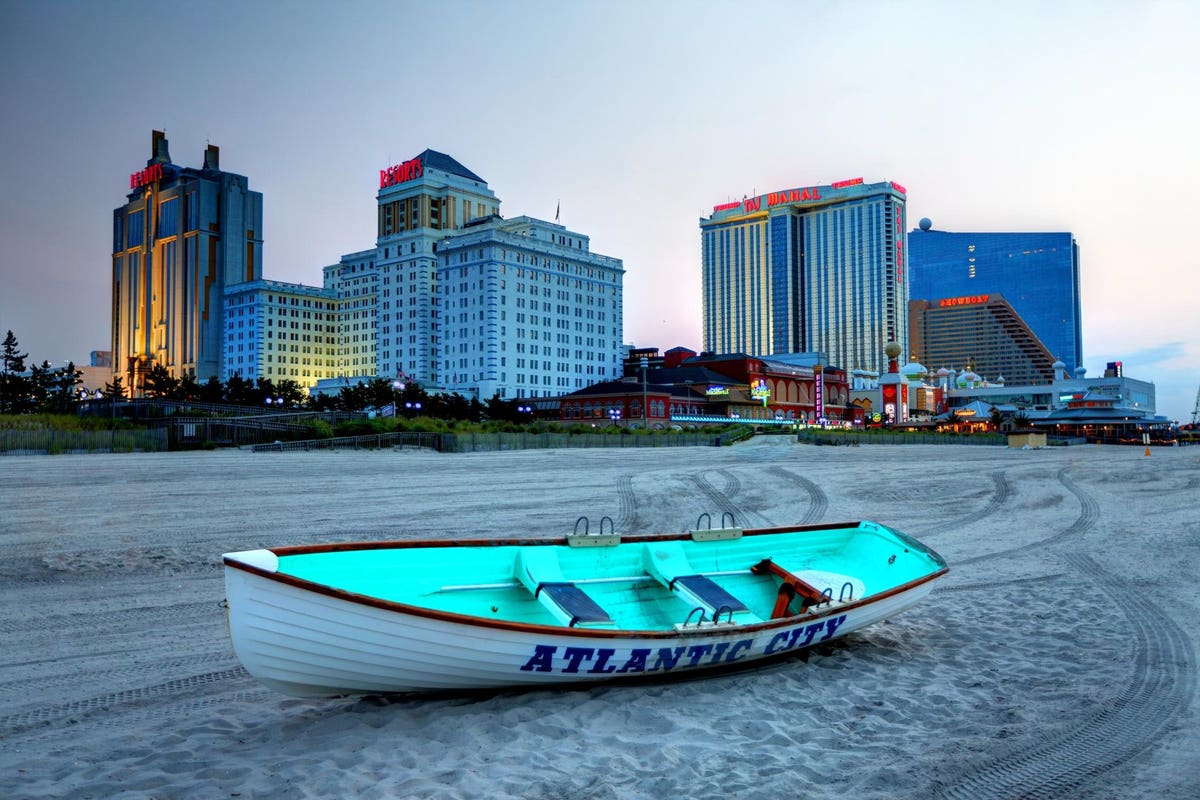 To determine which places have experienced the biggest growth in employment, we used the Bureau of Labor Statistics’ Current Employment Statistics (CES) to analyze nonfarm payrolls from 389 of the largest metro areas in the U.S., in terms of their one-year growth (May 2020 to 2021 and June 2020 to 2021) in absolute numbers and by percentage. All metro areas were scored and then ranked to come up with the final list.

One of New Jersey’s biggest beach destinations, Ocean City took the impact of the pandemic very hard in 2020, shedding thousands of jobs that were utterly dependent on summer tourism. In May 2020, there were only roughly 32,600 employees on nonfarm payrolls, which is less than any month of May going back to at least 2011; in May 2011, Ocean City reported a less-than-average total nonfarm payroll of 40,500 employees, which remained the lowest monthly amount all the way up until May 2020. Last May was so bad that there were actually more people employed in the month of March 2020 (hardly a time for beach weather in New Jersey) with 34,900 versus 32,600 in May.

The Kahului-Wailuku-Lahaina metro area encompasses the entire island of Maui and, like all of Hawaii, its local economy was ravaged by the Covid-19 pandemic in 2020. In fact, unemployment in Kahului reached 35% in April 2020, which is 10% higher than the peak unemployment rate reached by the U.S. during the Great Depression, according to ABC News. Nonfarm payrolls in the Kahului-Wailuku-Lahaina metro area never fell below 80,000 for a single month in 2019. Come April 2020 and employment had collapsed, falling to a mere 53,100 jobs. From April 2020 until March 2021, monthly nonfarm employment in the Kahului-Wailuku-Lahaina area would never rise above 60,000. Finally, the labor market showed signs of recovery in spring 2021, with the number of nonfarm employees growing by nearly 18% for both one-year periods May 2020-to-2021 and June 2020-to-2021.

This former industrial powerhouse of a city and birthplace of General Motors
had run into dire economic straits long before the pandemic hit. But despite decades of deindustrialization since the late 1960s, Flint has remained one of the largest cities in Michigan, and the Flint metro area is still a major manufacturing center. According to Data USA, manufacturing still accounts for 17.5% of employment in the city of Flint.

The Salisbury metro area encompasses a few southern counties of Delaware and eastern Maryland (across the Chesapeake Bay from the rest of the state). This metro area has grown steadily and inexorably over the years, from a population of less than 375,000 in 2010 to 423,481 in 2020, according to the U.S. Census Bureau. The Salisbury metro area also includes several big beach resort towns, such as Ocean City, Maryland, and Rehoboth Beach, Delaware, which made it particularly vulnerable when the pandemic struck.

Gettysburg is the second metro area from Pennsylvania to make this list and it shares several characteristics with the other metro area, East Stroudsburg: Both cities are relatively small in themselves but serve as the center of the larger local economy; both have their tourist attractions that normally draw people and business year after year; and both were severely disrupted by the impact of the pandemic.

Directional Vertical Strategy with Protection from a Shorter Duration Vertical (Members Preview)
This Week’s Hidden Gems: (CSTE)(FBHS)- Aug 11, 2016
Common investing mistakes – part 3
Top Stock Picks for Week of February 28, 2022
My Stock Dropped Over -20% – What Should I Do?