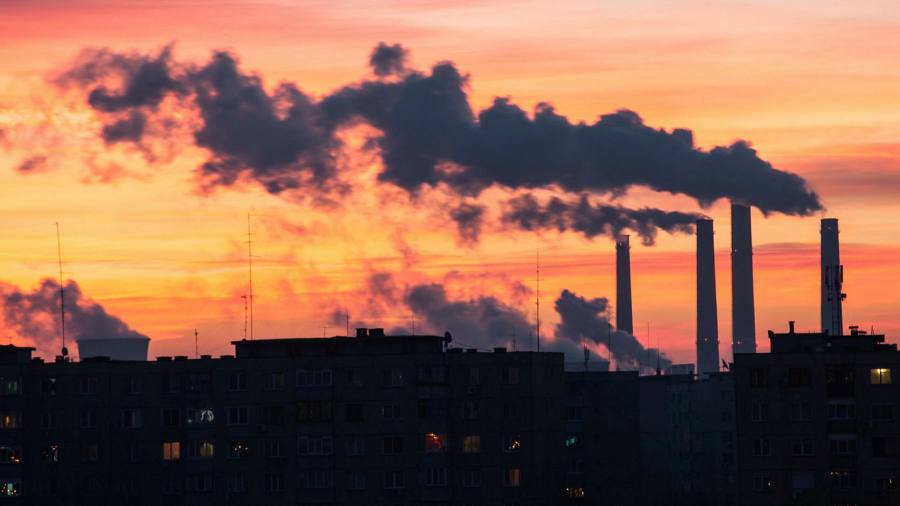 The world is likely to temporarily reach 1.5C of warming within 20 years even in a best-case scenario of deep cuts in greenhouse gas emissions, a landmark report on climate change signed off by 234 scientists from more than 60 countries has concluded.

Even with rapid emissions cuts, temperatures would continue to rise until “at least” 2050, the scientists said, and lead to further extreme weather events.

Without “immediate, rapid and large-scale reductions” in emissions, curbing global warming to either 1.5C or even 2C above pre-industrial levels by 2100 would be “beyond reach”, they said.

The latest analysis of the science of global warming from the UN’s Intergovernmental Panel on Climate Change is the sixth such report and the first since 2013. Its summary was reviewed by representatives from 195 countries and will form a basis for negotiations at the global summit in November.

The starkly worded report said the evidence for human-induced warming was “unequivocal” and that its impact was being felt around the world.

“We’re already seeing the effects, and things just get worse with every little bit of warming,” said Ed Hawkins, a lead author of the report that is the culmination of three years of work.

The 1.5C threshold has become a rallying point, as the planet warmed by an estimated 1.2C in 2020 and 1.1C on a ten-year average basis. The G7 group of nations pledged in May to limit warming to 1.5C, in a shift from the 2015 Paris accord headline goal of keeping temperatures at “well below 2C”.

“If the world can substantially reduce emissions in the 2020s and get to net zero carbon emissions by 2050, temperature rise can still be limited to 1.5C,” said Piers Forster, one of the report’s lead authors.

US special presidential envoy for climate John Kerry said the findings underscored “the overwhelming urgency of this moment”. UN secretary-general António Guterres described the conclusions as “a code red for humanity”.

In virtual negotiations with the scientists, Saudi Arabia objected to some of the wording of the summary, according to several people involved in the discussions. Representatives of the oil-dependent kingdom sought to replace references to “carbon emissions” with “greenhouse gas emissions”. But “the science prevailed”, said one person present.

Total warming is “dominated by past and future carbon emissions”, but urgent cuts must also be made to the shorter-lived but more potent pollutant methane, the researchers said.

A similar pathway modelled in the IPCC’s 2018 special report on 1.5C said warming could exceed that level in 2035. Aside from some methodological differences, “[the science] hasn’t really changed” since that estimate, said Forster. The timeline for hitting 1.5C under comparable emissions pathways in the two reports “is almost the same”.

In a less ambitious scenario — in which the world reaches net zero carbon emissions in around 2075 and net negative emissions shortly thereafter — warming is likely to be limited to 1.8C by 2100, though it could surpass 2C, the researchers estimated. The world is presently off the track for such a pathway, said Joeri Rogelj, another lead author of the report.

In a “very high” emissions scenario — that sees carbon emissions triple from levels now — warming could reach 5.7C by 2100, the report said.

New evidence supports the idea that “if we bring emissions to net zero and keep them at net zero, warming will stabilise”, said Rogelj. Going beyond net zero by removing large quantities of carbon from the atmosphere “might be able to reduce warming”, he added.

Carbon removal technologies “are not yet ready” to work at the scale that would be required, and most “have undesired side effects”, the report cautioned.

For a high 83 per cent chance of limiting warming to 1.5C, the world could only add another 300 gigatonnes of carbon to the atmosphere in total, it estimated. Global energy-related carbon emissions in 2020 were 32 gigatonnes, according to the International Energy Agency.

Even in a 1.5C warmer world there will be an increase in the number of “unprecedented” weather events, the researchers said. Disasters such as floods and heatwaves are expected to become more frequent and intense.

Although warming could still be capped, some changes that have been set in motion are “irreversible” over centuries or millennia, such as sea level rise, said the report.

Here’s Why Chesapeake Energy Shares Were Halted on Tuesday
Focus on Consistency NOT on Hitting Home Runs on Your Trades
Johnson & Johnson and General Motors | Two Growth and Income Stocks | July 19
Iron Condors: 101 What is it and How Does it Make You Money?
How to Find Unusual Options Activity in ThinkorSwim (Sizzle Index)