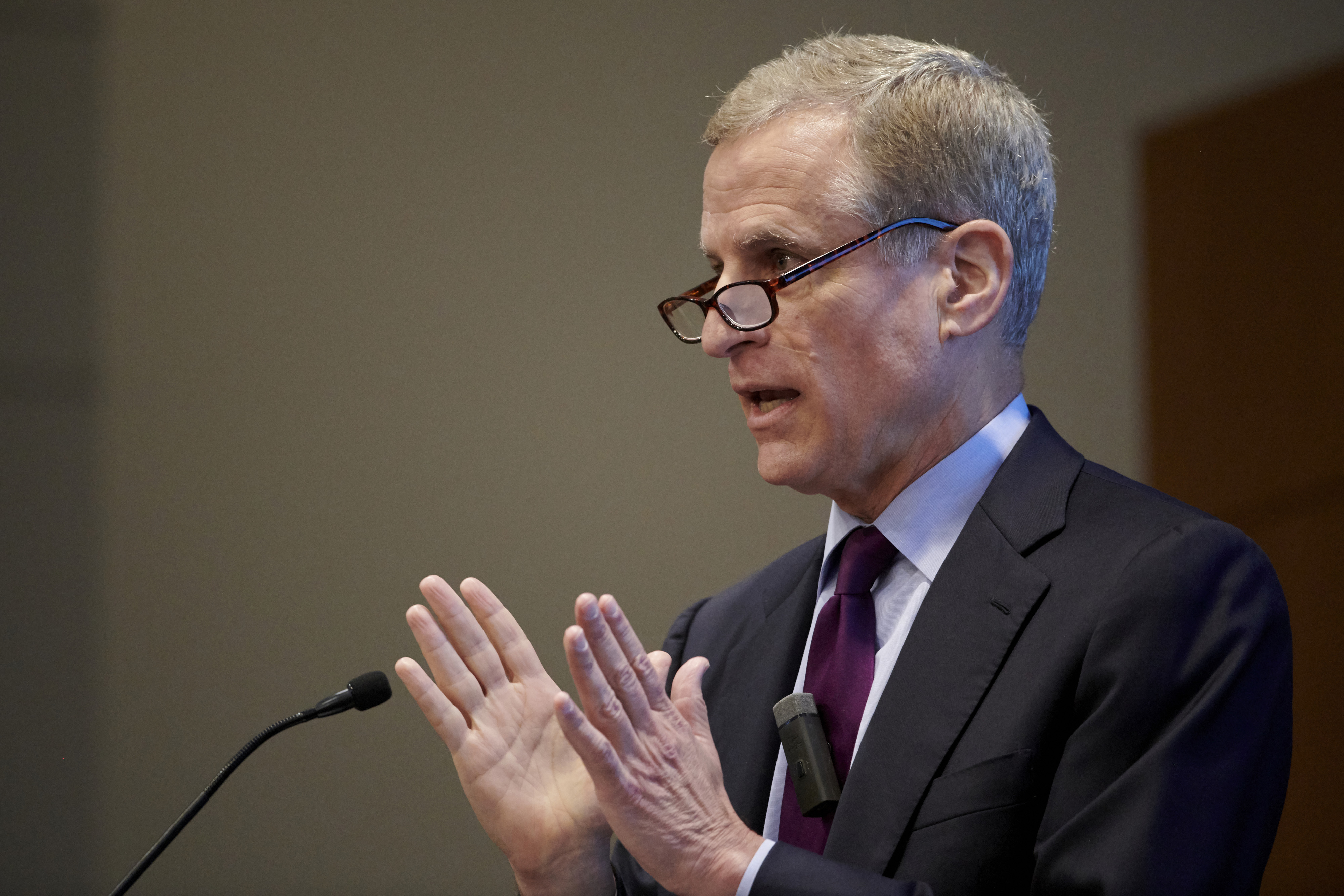 Dallas Fed President Robert Kaplan said he’s open to adjusting his view that the Federal Reserve should start tapering its asset-purchase program sooner rather than later if the Delta variant persists and hurts economic progress.

The Fed is currently buying $80 billion per month in Treasuries and $40 billion in mortgage-backed securities in an effort to inject liquidity into the market and buoy an economy rocked by widespread lockdowns. Kaplan has said he favors gradually reducing those purchases from October, saying the support is leading to unintended consequences like an elevated housing market and higher rents.

“I’ve got to be agile, open-minded, avoid being rigid about if I saw that the Delta variant was going to be persistent enough, or unfold differently, say than it has in other countries — the U.K. or India — and be more challenging to where it starts to affect demand,” he said in an online event hosted by Texas Tech University’s Rawls College of Business. “I’ve got to take that into account and will adjust my views accordingly.”

Most Federal Reserve officials agreed last month that they could start slowing the pace of bond purchases later this year, judging that enough progress had been made toward their inflation goal, while gains had been made toward their employment objective, minutes of the Federal Open Market Committee’s July 27-28 gathering released Wednesday showed.

COVID-19 cases have spiked across the country as the Delta variant spreads, spurring companies to re-evaluate return-to-work plans and schools to return to virtual education, quarantines and mask requirements. U.S. central bankers next meet Sept. 21-22.

“We’ve got a month to see how this all unfolds,” he said.

While the U.S. unemployment rate fell to a pandemic-era low of 5.4% in July, vacancies rose to a record 10.1 million in June, highlighting businesses’ persistent struggles to hire enough workers as ongoing child-care obligations, health concerns and enhanced unemployment benefits have kept some Americans from returning to the workforce.

“I don’t know how effective these purchases are at this stage, in improving the ability to match open jobs with workers,” Kaplan said. “So when I weigh the efficacy of that versus the side effects, that’s why I’ve said I think we’d be a lot healthier to start weaning off these purchases as soon as we’re able to.”

Buy This Cheap Oil Stock for Big Dividends, Value & Upside Potential?
Iron Condors: 101 What is it and How Does it Make You Money?
Johnson & Johnson and General Motors | Two Growth and Income Stocks | July 19
My Stock Dropped Over -20% – What Should I Do?
How You Can Make Money with Options and Still Stay SAFE