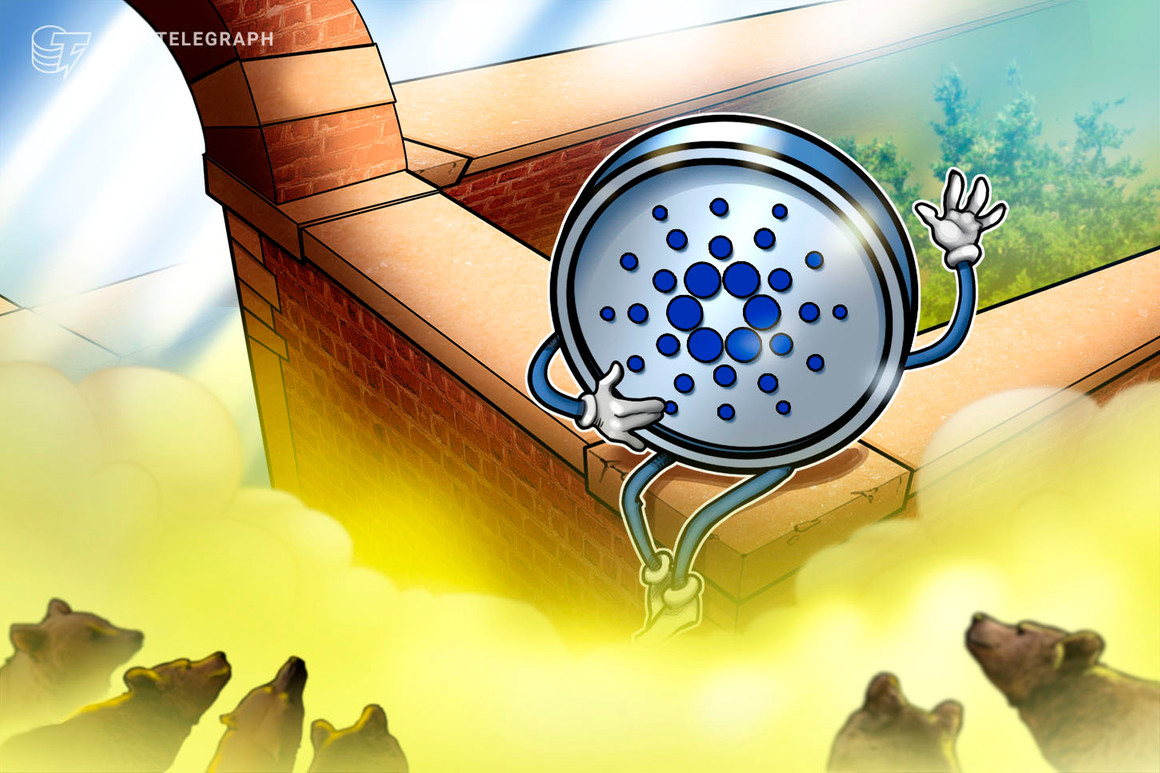 The latest rally in the Cardano (ADA) market has activated a classic bearish pattern that threatens to lower its prices by as much as 15%.

Dubbed as Rising Wedge, the textbook pattern forms when the price consolidates between upward sloping resistance and support trendlines. Its occurrence typically prompts a bearish reversal, confirmed by a voluminous break below the lower trendline.

The profit target during such a negative move comes to be as below as the maximum Wedge height.

ADA/USD currently ticks all the boxes for forming a Falling Wedge pattern, as shown in the chart below. The pair now awaits a negative breakdown below its Wedge support trendline, which may prompt a correction towards the 50-4H exponential moving average (50-4H EMA; the velvet wave) around $2.45.

“Once the target zone has been reached, it will show if Cardano manages to bounce from there or just sets up for further continuations to the downside,” corroborated Vince Prince, an independent market analyst, in a separate report based on the same Rising Wedge pattern.

Prince’s Wedge target for the Cardano token was near $2.24.

The downside outlook appeared after Cardano surged by more than 100% quarter-to-date, hitting a record high of $2.97 on the Binance exchange on Monday.

Traders raised their bids for ADA/USD after Cardano creator Charles Hoskinson finalized integrating a long-awaited smart contracts feature on their blockchain via the so-called “Alonzo” upgrade on Sep. 12.

The news raised hopes that Cardano would directly rival Ethereum, the biggest smart contracts platform by market cap and volumes but grappling with network congestion and higher fees issues. As a result, demand for Cardano native asset ADA would grow in tandem.

Now imagine how much $ADA would pump if there were actual projects using their smart contracts.

Cryptocurrency market analyst Lark Davis noted that if Cardano manages to reach the same market cap as Ethereum’s, ADA’s price will surge to $10 per token. But he reminded that there were more players in the smart contracts ecosystem waiting to dethrone Ethereum.

“If it was just Ethereum vs Cardano it would be a much clearer battle of platforms,” Davis tweeted.

“But we also have BSC, Polygon, Solana, Terra, Avalanche, Zilliqa, Elrond, Polka Dot, and many others looking for market share. Many of whom are much further ahead in terms of ecosystem building.”

The analyst added that ADA/USD might see a pullback after Cardano’s smart contracts launch, citing the popular “buy the rumor sell the news” effect. He advised potential ADA buyers to wait for a correction.

At least one technical indicator also pointed towards an imminent correction in the Cardano market. Dubbed as relative strength index (RSI), the momentum indicator returned a reading above 70, noting that ADA’s current valuation exceeds its demand.

Another catalyst that appeared to have played a key role in sending ADA/USD rates higher is Bitcoin.

The benchmark cryptocurrency typically acts as a trendsetter for rivaling digital assets. When it moves higher, most top altcoins follow suit—similarly, its decline prompts sell-offs across the rest of the crypto market.

Data provided by Crypto Watch shows that the one-year correlation efficiency between Bitcoin and Cardano is 0.40. It means there is a 40% likelihood that BTC/USD and ADA/USD would move in the same direction. Interestingly, Cardano’s correlation with Bitcoin is also one of the lowest among altcoins.

However, the Bitcoin-Cardano correlation on a 30-day period comes to be 0.53. Meanwhile, the past 24 hours revise the correlation to 0.60, showing that ADA/USD prices remain influenced by the BTC/USD’s interim price trends.

In detail, the Bitcoin price has also rallied in the third quarter, up more than 47% at press time. It recently reached a three-month high of $50,505 on the Coinbase exchange and—like Cardano—started consolidating sideways nears its local top.

But Dmitry Machikhin, CEO of Pressman Capital investment Fund, noted that Cardano is forming a league of its own, given its lower correlation with Bitcoin compared to other altcoins. As a result, the ADA/USD exchange rates might keep on climbing for the remainder of 2021 irrespective of Bitcoin price trends.

Despite logging a new ATH at $2.97, a yearly close of $5 cannot be ruled out irrespective of the direction of Bitcoin or other prominent altcoins.