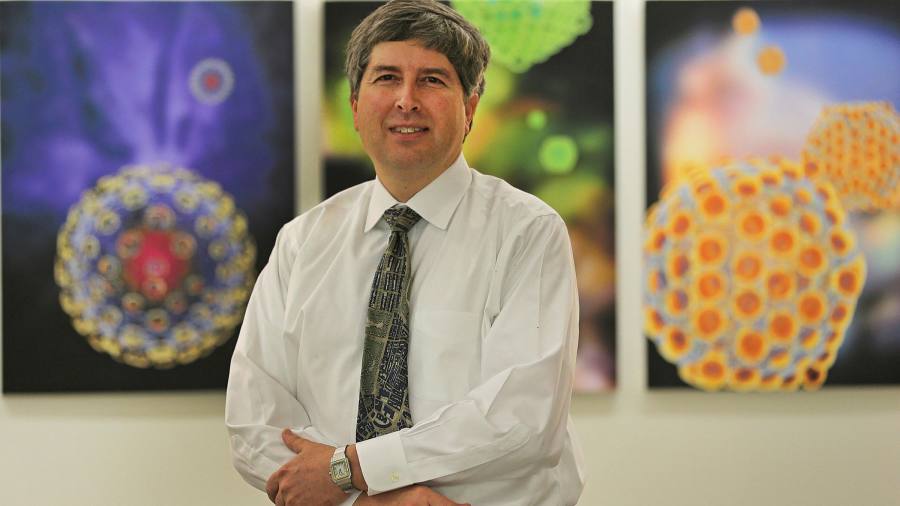 Pfizer’s top scientist has dismissed criticism that the company is pushing the widespread administration of Covid-19 booster shots too aggressively and denied it should have developed a more potent jab to stave off “breakthrough infections”.

Speaking to the Financial Times, Philip Dormitzer, chief scientific officer at Pfizer, defended the company against suggestions it was pressing policymakers to roll out third doses of its vaccine — which was developed with BioNTech — before there is a scientific consensus on whether they are needed.

“Our job is to create the tool that’s going to be needed for the problem that’s coming,” he said. “If we waited until there was just widespread breakthroughs of severe disease to advance a solution, we would be way too late.”

“Being very proactive and making sure that the solution is in place ahead of a crisis is important — I think it’s the right thing to do,” he said, adding that “the decision to deploy the solutions” was one for policymakers, not Pfizer.

The company has faced criticism from some scientists and global health officials for urging governments to adopt booster programmes. Last month, the chief scientist of the World Health Organization — which is focused on ensuring people in developing countries are inoculated — said existing data “does not indicate that boosters are needed”.

Dormitzer’s comments come as the US prepares to roll out booster vaccines later this month. Covid hospitalisations and deaths in the country are surging, especially in states with low levels of vaccination, driven by the highly contagious Delta variant.

Nationally, new Covid cases and hospital admissions are at their highest point since late January and more than 7,600 people died from the virus in the week to September 3, a 5 per cent increase from the previous seven days, according to health department data.

Concerns are also increasing about the efficacy of the vaccines against the Delta variant and reports of “breakthrough infections”, in which fully vaccinated people test positive for Covid.

In an attempt to curb the spread of the virus, the Biden administration plans to begin offering booster shots later this month to all Americans who originally received mRNA vaccines.

Anthony Fauci, head of the National Institute of Allergy and Infectious Diseases, on Sunday said it was likely that only the BioNTech/Pfizer jab would be ready by the September 20 deadline but that Moderna boosters would be rolled out soon after.

The UK’s booster scheme is also likely to begin in September while France began its programme for over 65-year-olds and those with underlying health conditions last week.

Dormitzer also defended the potency of its vaccine after several recent studies showed Moderna’s shot elicits a stronger and longer-lasting immune response than the BioNTech/Pfizer jab.

Some scientists believe this is because Moderna’s mRNA dose is more than triple that of Pfizer’s, at 100 micrograms compared with 30 micrograms. Moderna has applied for approval of a 50 microgram booster vaccine.

“We used the minimum dose level that gave us an immune response in older adults that was greater than the immune response that we saw after natural infection,” said Dormitzer about the BioNTech/Pfizer vaccine.

He added that “different studies are showing different things” and that opting for a higher dose level might have run the risk of a greater incidence of side effects.

“If you look at what’s going on with all the Covid-19 vaccines out there, the derailer has often been adverse events that have cropped up,” he said.

The Oxford/AstraZeneca and Johnson & Johnson Covid vaccines were mired in problems earlier this year after very rare cases of blood clots emerged in some people who had received the jabs. Some countries chose to pause or stop administering those vaccines altogether.

“We made experience-based and evidence-based careful decisions about where we were going to go to balance strong immune response versus reactogenicity,” Dormitzer added, referring the term that scientists use to describe side effects in clinical trials.

Dormitzer said it was clear vaccine efficacy wanes over time and suggested every country would probably need to follow Israel’s lead in administering boosters to its entire population.

Common investing mistakes – part 3
How to Find Unusual Options Activity in ThinkorSwim (Sizzle Index)
How to Play the Pound and UK ETFs Now?
Getting started with dividend investing
Top Stock Picks for Week of February 28, 2022