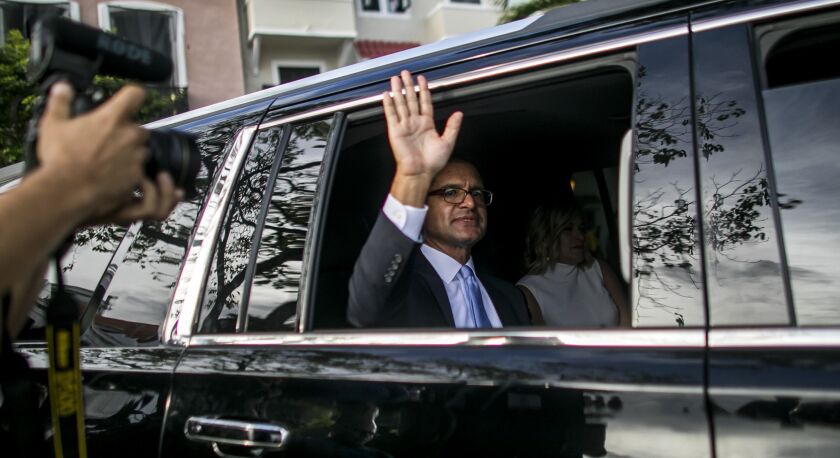 Puerto Rico Gov. Pedro Pierluisi signed Project 959 on Thursday, revoking the 1942 law, which had been used over the years to justify bond refundings.

The board has argued it could legally enact the Plan of Adjustment without the government’s support by either resting on the terms of the Puerto Rico Oversight, Management, and Economic Stability Act and incorporated U.S. bankruptcy laws or by also relying on the 1942 Puerto Rico law.

Board attorneys were looking at whether the wording of the law and its use for refundings may allow its use in the restructuring under the Plan of Adjustment.

Thursday’s action may eliminate that option.

Pierluisi will have to send the new law (revoking the 1942 law) with a certification that it is consistent with the board’s fiscal plan, said Matthias Rieker, spokesman for the Oversight Board. Once the board receives this, the board will review it, he said.

The heart of the local government’s pushback against the new debt plan is its treatment of pension cuts. The Noticel.com news website quoted Puerto Rico Sen. Juan Zaragoza as saying that Oversight Board Executive Director Natalie Jaresko offered a $2,000 level for pension cuts.

The board offered the local government the possibility of increasing the plan’s threshold for pension cuts to $2,000 per month from $1,500 per month found in the current plan. Payments above these levels would be cut 8.5% cuts in the plan.

Pierluisi and local government officials have continued to argue against any cuts to pensions as a sticking point against the Plan of Adjustment. The Board has said it was open to working with the government to negotiate a way to agree to terms that would get the deal done and Rieker confirmed those meetings have been ongoing, with the latest on Wednesday.