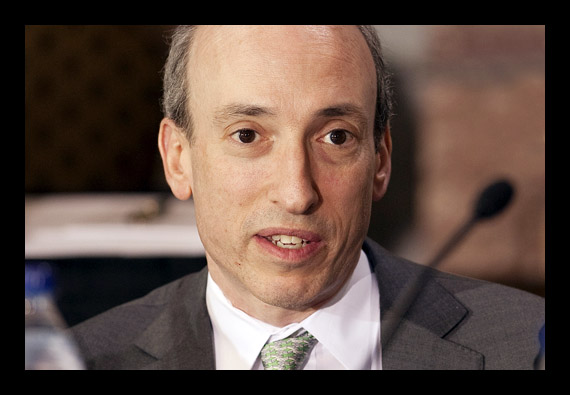 Muni issuers are considering and beginning to roll out blockchain based solutions, including distributed ledger technology for various muni projects, but the market remains nascent.

The introduction of blockchain and its use of digital ledger technology caught market attention in 2016 as a banking alternative that could transform operating systems, and for munis, promised the ability to revolutionize mid to back-office processing and speed up issuances. Now, regulators are showing increasing interest in how the technology is impacting markets.

SEC Chairman Gary Gensler’s testimony before the Senate Banking Committee last week added gas to the fire, despite concern from some advocates that regulation could reign in the technology’s progress.

“I think it’s been a catalyst for change,” Gensler said. “Not only bitcoin but this whole distributed ledger technology has been a catalyst for change that, around the globe, central banks and the private sector are looking in on how we can enhance our payment systems, and enhancing our payment systems to make them 24 hours a day, seven days a week, real time, at lower cost.”

While the technology has been around since 2008, it has only been in about the past five years that it has begun to enter more mainstream conversation.

“Blockchain represents a new paradigm for digital interactions and serves as the underlying technology for most cryptocurrencies,” Department of Commerce explained on its website. “A blockchain is a collaborative tamper-resistant ledger that maintains transactional records.”

“A block is connected to the previous one by including a unique identifier that is based on the previous block’s data,” the Department said.

If the data is changed in one block, its unique identifier changes, which can be seen in every subsequent block, providing evidence of tampering.

This technology, if used correctly, can provide a resilient method of collaborative record keeping.

Blockchain then uses distributed ledger technology to record transactions in a sequence that’s accessible through a network of computers without a central data storing system.

What was once an emerging technology is now being tested in real-time.

“Over the last couple of years, you’ve seen a lot of those early in house labs and projects and industry consortia quietly get folded or shelled for that, that lack of a use case for blockchain,” Matthew Bastian, CGS market development west coast representative for CUSIP Global Services said. “We have seen some pockets of adoption and progress.”

Some early adopters included Neighborly Securities, the now-defunct broker-dealer firm which promised to bring distributed ledger technology to the muni market before ceasing operations and canceling its dealer registration in 2019. But there have been some successes, and even more test cases and proposals generating steam.

NASDAQ’s Linq platform for trading private securities uses the technology, and the Australian Stock Exchange is scheduled to introduce a DLT-based system.

For munis, blockchain technology can be paired with smart contracts to automate much of the trading process, the Chamber of Digital Commerce said, as securities are treated as smart contracts.

A recent S&P Global Ratings noted many ways in which muni issuers are considering and already investing in cryptocurrencies.

Direct custody of the currency means holding a confidential account number or “private key”, which, if lost, means so is the money. “From a credit perspective, increased exposure to direct crypto ownership might be viewed negatively if cyber protections are viewed as lagging behind the industry standard,” S&P said.

“Proof of work blockchains are secured and verified by virtual miners around the world racing to be the first to solve a math puzzle,” according to cryptocurrency company Coinbase. “The winner gets to update the blockchain with the latest verified transactions and is rewarded by the network with a predetermined amount of crypto.”

Muni issuers are using proof of stake to mine currencies, the S&P report said. “In a proof of stake system, staking serves a similar function to proof of work’s mining, in that it’s the process by which a network participant gets selected to add the latest batch of transactions to the blockchain and earn some crypto in exchange.”

Cryptocurrencies such as Cardano, Tazos and Atmos use proof of stake as their consensus mechanism.

A directly-purchased proof of stake currency provides yield in exchange for locking up funds in the network, the S&P report said, but there are significant risks as staked funds might be slashed or rewards reduced if the verifying block creator associated with the staked funds is found to be operating incorrectly.

Muni issuers are also beginning to invest by way of managed funds, but there is “is little to no consensus on future crypto price expectation, much less volatility, which
complicates risk analysis within an entity’s target asset portfolio,” the report said. The S&P Bitcoin Index and S&P Ethereum Index can be used to monitor prices.

Officials at the federal, state and local level are now cautiously considering how to take action. The House and Senate have conducted hearings over the last several months, and the Federal Reserve Bank of Boston has announced Project Hamilton, a multiyear collaboration with the Massachusetts Institute of Technology to test and code new technologies.

New York, Texas, Ohio and Wyoming have begun creating legal frameworks for rolling out the currencies. Some local governments, including Williston, North Dakota, allow utility bills to be paid in cryptocurrency, and others including Jackson, Tennessee, Miami-Dade County and New York State, are studying the costs and benefits closely.

Geoffrey Buswick, managing director and sector lead in the U.S. Public Finance – Governments team at S&P, said that while these tools certainly have the potential to provide efficiencies, cost savings and asset diversification to the market, some of it may take some getting used to.

“I think that that’s a possibility,” he added.

Those changes certainly won’t happen overnight, but could very well be a reality in the years to come, Buswick added.

But some fear regulation could very well upend the entire movement.

In Gensler’s Sept. 14 testimony before the Senate Banking Committee, he made it clear that regulating cryptocurrencies is a top priority. But given the presence of around 6,000 digital currencies, the Commission needs “a lot more people” on staff to help determine which currencies should be considered securities.

But interest from muni issuers in DLT is continuing in as traditional fixed income investments realize lower returns as a result of historically low interest rates.

“What we’re hearing is there are some out there in the pension and endowment field that want to explore that and want to put some of their assets into these cryptocurrencies to say this will aid us in both achieving our target rate of return and also diversifying our investment portfolio,” Buswick said.

How many stocks should I buy?
Focus on Consistency NOT on Hitting Home Runs on Your Trades
Iron Condors: 101 What is it and How Does it Make You Money?
My Stock Dropped Over -20% – What Should I Do?
Here’s Why Chesapeake Energy Shares Were Halted on Tuesday