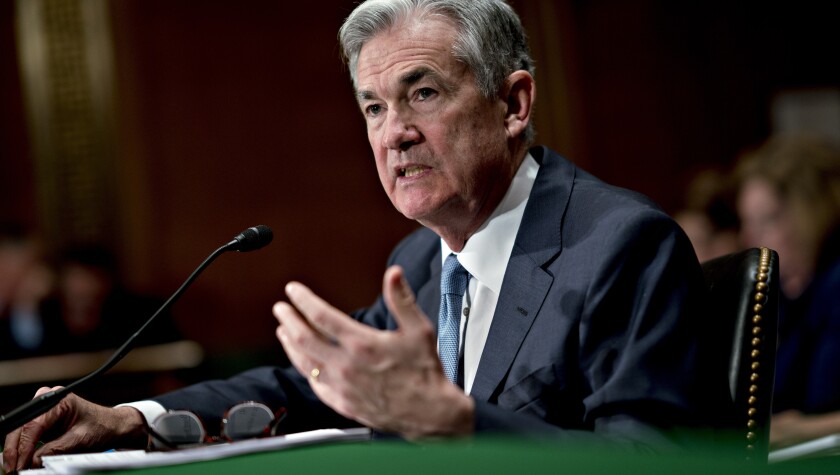 “The current inflation spike is really a consequence of supply constraints meeting very strong demand, and that is all associated with the reopening of the economy — which is a process that will have a beginning, a middle and an end,” Powell said Wednesday while participating in a virtual panel event with ECB President Christine Lagarde, Bank of Japan Gov. Haruhiko Kuroda and Bank of England Gov. Andrew Bailey.

“It’s very difficult to say how big the effects will be in the meantime, or how long they will last, but we do expect that we’ll get back, we’ll get through that,” Powell told the forum, which was hosted by the ECB.

Lagarde echoed Powell’s message, arguing the current bout of inflation “is largely attributable to the reopening of the economy,” and adding that “we certainly have no reason believe that these price increases that we are seeing now will not be largely transitory going forward.”

Central banks in some jurisdictions are beginning to contemplate what monetary policy normalization will look like after rolling out extraordinary measures in 2020 as the coronavirus pandemic swept across the globe, shutting down broad swathes of the world economy.

Speaking on the panel Wednesday, Bailey — whose bank has left the door open to interest-rate increases beginning as soon as this year — said “the big challenge now is how we can get through this period of uneven growth, supply-side bumps and come out of the other side with both a smoother recovery and balance of supply and demand.”

Supply-chain disruptions associated with the pandemic have led to elevated inflation rates — perhaps most notably in the U.S., which was among the first to roll out vaccines and begin restoring economic activity in its service sector. Unprecedented fiscal support also left U.S. households flush with cash to spend as the economy reopens.

When asked if U.S. policy makers overdid it in dealing with the economic crisis wrought by COVID-19, Powell argued instead that they had finally managed to avoid the perennial trap of a lackluster response.

“I think the historical record is thick with examples of underdoing it, and pretty much in every cycle, we just tend to underestimate the damage and underestimate the need for a response,” Powell said. “I think we’ve avoided that this time.”