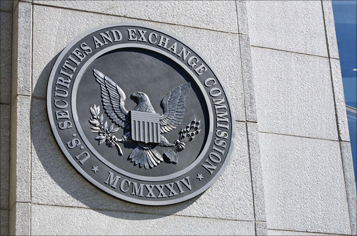 Federal authorities dropped the hammer Thursday on the former head of fixed income trading at the now defunct Atlanta-based IFS Securities Inc. for allegedly engaging in unauthorized and speculative trading activity that bankrupted the firm.

The U.S. Attorney’s Office for the Northern District of Illinois and the Securities and Exchange Commission filed criminal and civil regulatory complaints, respecitively, against Keith A. Wakefield, a former managing director and head of fixed income at IFS Securities.

The Bond Buyer first reported on the alleged off-book transactions involving Treasury Securities and was told by sources at the time the firm suffered millions in trading losses it couldn’t fully cover. Wakefield was fired. The complaint puts the losses at $24 million.

Wakefield was criminally charged with one count of securities fraud that is punishable by a maximum sentence of 20 years in federal prison. Arraignment in U.S. District Court in Chicago has not yet been set. Authorites allege his illegal trading cost the firm and its clients $30 million.

Wakefield has agreed to settle the SEC’s charges by consenting to a permanent injunction and will pay disgorgement plus prejudgment interest and a civil penalty. The amounts will determined by a federal court judge at a later date. The settlement also requires court approval.

“As alleged in the complaint, Wakefield engaged in unauthorized speculative trading on behalf of IFS that caused the bankruptcy of the firm and substantial losses to the counter-parties to the trades,” Kathryn Pyszka, associate regional director of the SEC’s regional office in Chicago, said in a statement. “We will vigorously pursue those who engage in misconduct that undermines the integrity of our markets.”

The SEC in an 18-page complaint accused Wakefield, who is 48 and a Chicago resident, of fraud and securities violations for causing millions of dollars of losses for the firm through his unauthorized trading in fixed income securities between June and August 2019. He fraudulently pocketed $820,000 in fictitious commission income he fabricated and recorded on IFS’ books and records, the SEC alleged.

The criminal complaint lays out a scheme that ran much longer from 2017 to 2019 during which Wakefield knowingly and fraudulently engaged in unauthorized speculative trading in U.S. Treasury bonds using his employer’s trading accounts, causing more than $30 million in losses to the employer and its counterparties, authorities allege.

According to the SEC complaint, IFS only permitted Wakefield to short Treasuries to insulate IFS from the interest rate risk inherent in its municipal bond positions held at risk.

Wakefield attempted to conceal the unauthorized trades and losses by entering fake off-setting trades into a clearing broker’s order system, creating the false impression that he had profitably traded through a different clearing broker, the authorities alleged.

Wakefield allegedly embezzled approximately $820,000 from the employer by falsifying the company’s books and records to create fake commissions that Wakefield knew were not actually owed to him.

The fraud came to an end in August 2019 when IFS couldn’t honor millions of dollars in unauthorized fixed income securities trades executed by Wakefield with more than one dozen counter-parties.

IFS fired Wakefield and it spent virtually all of its capital, approximately $5.3 million as of July 31, 2019, attempting to cover more than $24 million in losses on Wakefield’s failing trades. IFS filed for bankruptcy on April 24, 2020. At least 14 counter-parties collectively lost over $24 million unwinding the unauthorized trades that Wakefield executed, according to the SEC complaint.

“As a result, IFS was forced to close its business, withdraw its registration as a broker-dealer, and file for bankruptcy,” the complaint reads.

After Wakefield’s August firing, the Financial Industry Regulatory Authority took action on Sept. 29, 2019 to bar him from acting as a broker or otherwise associating with a broker-dealer firm by FINRA for refusing to appear for on-the-record testimony.

“Without admitting or denying the findings, Wakefield consented to the sanction and to the entry of findings that he refused to appear for on-the-record testimony requested by FINRA in connection with its investigation for, among other things, possible trading improprieties at his member firm,” according to FINRA.

The specific civil charges leveled against Wakefield include violating antifraud provisions of securities law and aiding and abetting IFS’s failure to maintain accurate books and records and operate with sufficient net capital.

The civil investigation is being conducted by the SEC’s Public Finance Abuse Unit and Chicago regional office, and remains ongoing. The criminal probe involves the Federal Bureau of Investigation in addition to the U.S. Attorney. FINRA is also participating.

At the time, Wakefield declined to comment on the allegation when The Bond Buyer reached him on the phone.

The firm confirmed at the time it had “suffered substantial losses as a result of unauthorized securities transactions (not involving customers’ assets) perpetrated by one of IFS Securities’ most-trusted senior employees.”

The firm said it had reported the losses to the SEC and the FINRA and also to the FBI at the SEC’s request.

At the time, industry sources raised the specter of significant criminal and regulatory issues for both Wakefield and the firm, including failure to properly supervise Wakefield, whether the firm imposed trading caps on employees, and the period of time during which Wakefield was engaging in the alleged off-book trades.

The fact that the company self-reported was worth “a lot of credit” in the eyes of the authorities, a lawyer said, but regulators were still expected to focus on the impact on investors.

At the time, IFS operated five corporate offices. In addition to its Atlanta headquarters, main offices were in Chicago, New York, Tampa and Miami Lakes, Florida. The equity trading desk is located in Orlando and the fixed-income desk is in Chicago.

The firm was founded in Pennsylvania in 1993 and became a member of FINRA in 1996. IFS Securities Inc. described itself as a full-service independent broker-dealer with retail and wholesale advisory networks. The firm employed about 200 and Alex McKenzie held the chief executive officer’s post from 2007. Sources in 2019 said that figure included about 30 municipal professionals and said the firm had grown from $300,000 in capital in 2012 to $6 million in 2019.

IFS had run afoul of regulators in the past. Most recently, the SEC reported in June 2019 that it had settled an administrative proceeding against IFS Securities, the underwriter of $6 million of bonds sold by the Harvey, Illinois, Public Library District. The SEC alleged that the firm did not act with reasonable care in underwriting the bonds and when it had a hard time finding investors, sold the bonds to another broker-dealer at a price that was not fair and reasonable. IFS neither admitted nor denied the SEC’s findings.