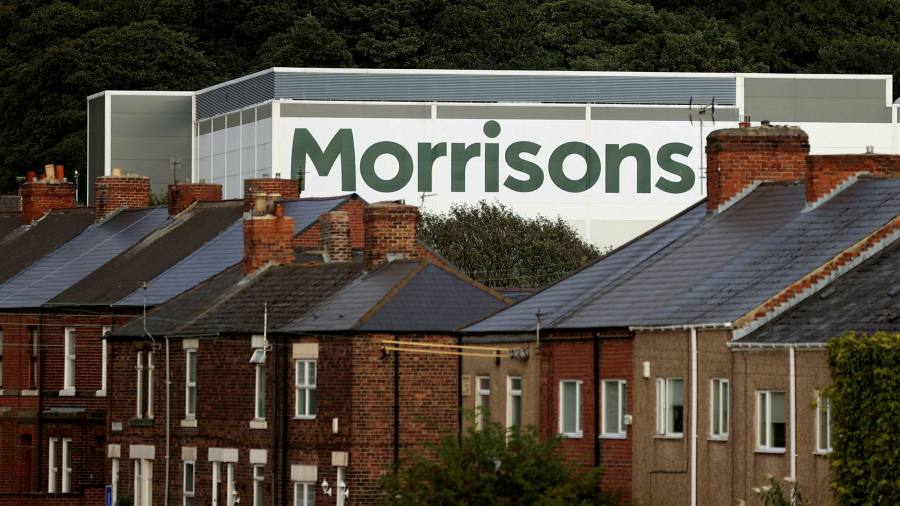 US private equity group Clayton, Dubilier and Rice has triumphed in the four-month long takeover battle for Wm Morrison with a bid of £9.97bn including debt for the UK’s fourth-largest supermarket.

The fate of the grocer, which was founded in 1899 and has been a quoted company since 1967, was sealed in an auction process on Saturday, supervised by the UK’s takeover regulator.

The winning bid of 287p a share was 2p a share above CD&R’s existing offer and just a penny above the 286p offered by a consortium led by SoftBank-owned Fortress Investment. Its bid represented an enterprise value of £9.95bn.

Joshua Pack, managing partner at Fortress, said Morrisons was “an outstanding business” and wished it and its new owners “the very best for the future”.

He added that the UK “remains a very attractive investment environment from many perspectives” and pledged to continue exploring opportunities there.

CD&R is paying a 61 per cent premium to the price of Morrisons’ shares before the saga began, while the total transaction value is 11.8 times the group’s underlying profit for the year to January 2021.

Directors of the grocer are expected to convene later today to decide which offer to recommend, though this is largely a formality. Investors in the group will be asked to approve the deal in a special meeting on October 19.

At least three-quarters of those voting must approve the transaction in order for it to proceed. Some shareholders had voiced concern earlier in the process about the structure of the transaction and the price, but have not commented since.

The battle for Morrisons started behind the scenes in the spring and became public in early June, when the company confirmed that it had rejected a 230p a share approach from CD&R.

For much of the summer, Fortress appeared to have the upper hand, securing a board recommendation for a 254p a share bid and then increasing it to 270p in order to head off a counterbid.

But CD&R struck back in August, tabling a higher-than-expected 285p a share offer and persuading the group’s directors to switch their recommendation. It also reached an agreement to strengthen the group’s two defined-benefit pension schemes by transferring additional property into them.

The Takeover Panel then stepped in, reaching agreement among all the parties to conclude the bidding war using an auction process conducted over up to five rounds on a single day.

Both bidders have pledged to retain the group’s existing management team — many of whom worked with CD&R adviser Sir Terry Leahy when he was chief executive of rival Tesco — and uphold the legacy of Sir Ken Morrison, the son of the group’s founder who transformed it into a national player.

But given how high the bidding has gone, analysts believe either bidder will have to make significant asset disposals and cost savings in order to generate a reasonable return on their investment.

The transaction, which if approved will complete towards the end of October, caps a period of remarkable upheaval in the UK’s highly competitive supermarket sector.

Against the backdrop of a global pandemic that has tested their operational capabilities to the limit, two of the four biggest grocers with a quarter of the market between them, will have changed hands.

In February Asda, the third-biggest supermarket, was sold to a consortium of TDR Capital and the Blackburn-based Issa brothers.

There has also been speculation about the fate of the second-biggest grocer, J Sainsbury, where the Qatar Investment Authority and Czech billionaire Daniel Kretinsky are both significant shareholders.

The Morrisons marathon will generate a bonanza for investment banks, lawyers and public relations advisers in the City; according to the scheme documents from both sides, Morrisons will spend about £56m on financial and legal advice, while CD&R’s bill is expected to reach about £63m. Fortress expects to spend £53m.

Iron Condors: 101 What is it and How Does it Make You Money?
Here’s Why Chesapeake Energy Shares Were Halted on Tuesday
Buy This Cheap Oil Stock for Big Dividends, Value & Upside Potential?
How many stocks should I buy?
This Week’s Hidden Gems: (CSTE)(FBHS)- Aug 11, 2016