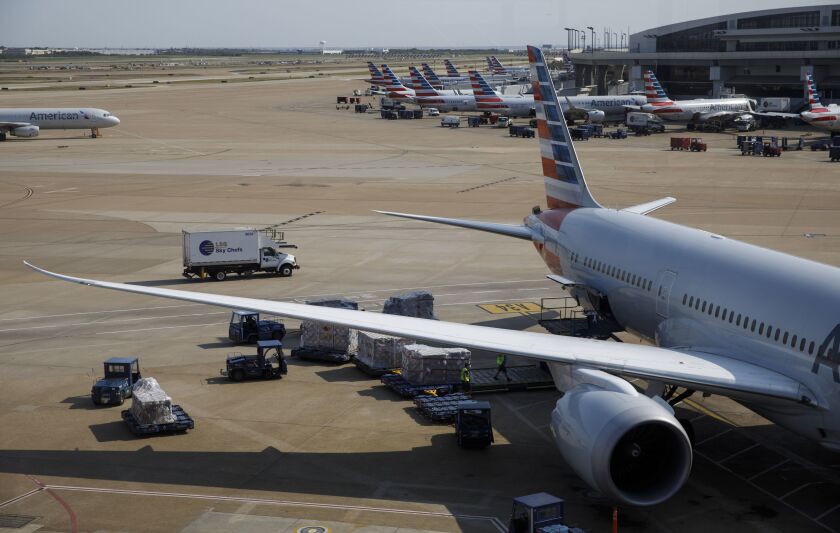 Amid steady recovery from the effects of the COVID-19 pandemic, Dallas Fort Worth International Airport is advancing its $5.4 billion capital improvement program, with the largest project at $2.3 billion for terminal C renovations and added gate capacity.

“The goal is to transform Terminal C, which has stood in service at the airport since the early 70s, into a modern terminal with the latest technologies and infrastructure,” said DFW Airport CEO Sean Donohue. “DFW is providing for the anticipated growth of our partner, American Airlines, while also elevating the customer experience to meet the needs of the modern traveler.”

Using a new form of construction, DFW recently installed four pre-fabricated gates at Terminal C that transported by trucks and attached to the terminal.

DFW officials said the model could be used at other airports to save time and money.

Demolition of the old gates finished in March, and the work was completed in August. The opening of the new gates is scheduled for next June.

A fifth gate will be built on-site at Terminal C through August.

Other projects include the Terminal D South gates expansion, the opening of a state-of-the-art Integrated Operations Center and the upgrade and renovations on runways and taxiways. These projects have supported more than 4,000 jobs in the past 18 months, airport officials say.

Renovations are expected to be completed in 2026.

In the near term, DFW is issuing $1.3 billion of refunding bonds to lower interest costs.

DFW has about $4.949 billion of joint revenue bonds, according to Moody’s Investors Service, which rates the debt A1 with a stable outlook.

Since Oct. 1, DFW and its airlines have been operating under month-to-month extensions of the airline use agreement, which allows for recovery of costs within all airline cost centers. The agreement also provides for adequate cash flow generation to meet all funding requirements under the bond documents, as well as funding for renewal and replacement.

The successor agreement is anticipated to provide a continued strong cost recovery framework, according to Fitch Ratings.

“Airline costs were moderate for a large-hub airport, at less than $13 per enplaned passenger heading into the pandemic, but will rise to a still competitive $19 by 2026 in Fitch’s coronavirus rating case given additional borrowings,” analyst Jeffrey Lack wrote Sept. 30, when the agency affirmed its A-plus rating and stable outlook. “Management has used (and will continue to use as needed) federal relief funds to manage airline payments in the near term to address the pandemic’s effects on operations.”

Analysts noted that DFW’s reliance on its main carrier American Airlines is one of the airport’s weak spots. Moody’s rates American at B2 with a negative outlook.

DFW’s capital plan also includes approximately $2.2 billion of infrastructure capital program spending. DFW anticipates issuing $4.2 billion of new money bonds through 2027 to support its capital needs, with the remainder coming from authority funds of more than $800 million and grants of more than $300 million, Fitch said. The construction of a new Terminal F is on indefinite hold until there is a capacity need given the enplanement losses due to the pandemic.

“Debt service coverage and liquidity metrics have been stable in recent years, but may show some shifts as the pandemic-related traffic decline recovers and additional debt is issued over the next several years,” Lack said. “Fitch believes that key credit metrics should remain healthy for the next several years through prudent management oversight.”

However, leverage is expected to rise from the current 8 times to 11 times through fiscal year 2026.

“Failure to de-lever below 10x following the completion of the capital plan could pressure the rating,” Lack said.

While American and other airlines are seeing a recovery in leisure travelers, the return of lucrative business travelers appears more distant amid a fourth wave of COVID-19 infections.

“It certainly seems that with delayed returns to office that those plans will probably be a little more muted,” Vasu Raja, American’s chief revenue officer, said at an investor conference in August.

August and September traffic weakened due to the COVID delta variant, weather, and back to school. However DFW is estimated to be at around 76% of fiscal 2019 levels for fiscal 2021, with further recovery anticipated.

In 2019, DFW announced plans for its sixth terminal and $3.5 billion of bonds to finance the project. The new Terminal F was designed break the mold of the horseshoe or semi-circular design of the five existing terminals that were built on both sides of the major roadway that bisects the airport.

With that project now on the shelf, DFW is taking a gradual approach to recovery.