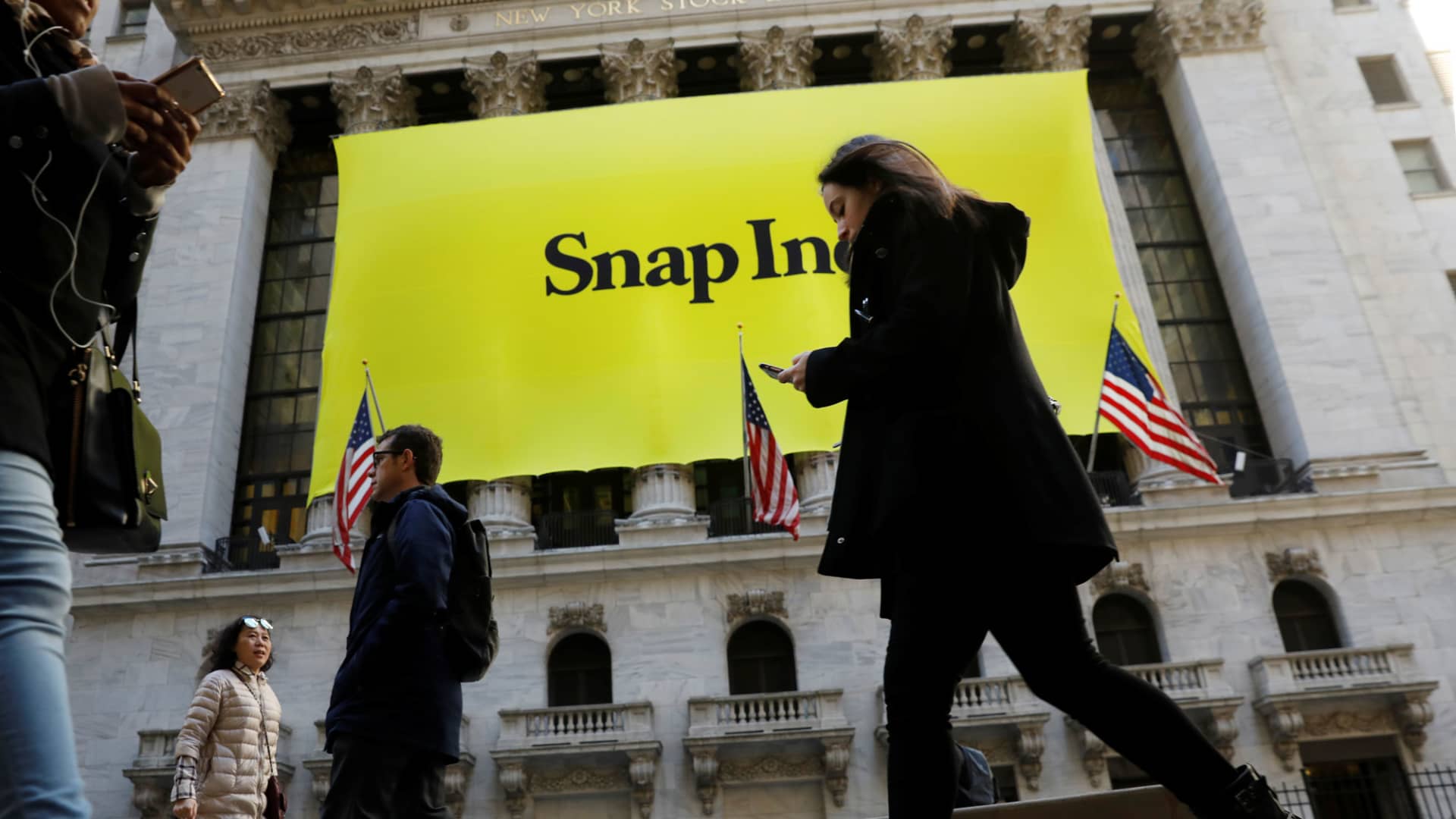 Check out the companies making headlines in midday trading.

Bed Bath & Beyond — Shares of the beleaguered retailer tumbled 19.8% after it outlined a strategic plan that only confirmed investor fears that the company will struggle to turn around its business. Bed Bath also filed to sell an undisclosed amount of stock in the future.

Rocket Lab USA — Shares surged 8.2% after Cowen upgraded the company to outperform from market perform, saying that the shares have more than 50% upside. According to Cowen, Rocket Lab is the leader in the space launch market.

Snap — The social media company saw its shares rise 7% after it announced a restructuring plan that includes a 20% cut in its staff and a new chief operating officer. The changes come after Snap reported disappointing second-quarter earnings and said it would not provide guidance for its current quarter.

LSB Industries — Shares of U.S. nitrogen company LSB Industries gained 2.2% after UBS initiated coverage with a buy rating and a price target suggesting 30% upside. The company is set to benefit from the record spreads between low-cost U.S. natural gas and high-cost natural gas in Europe and Asia, according to UBS.

PayPal Holdings — PayPal shares advanced 2.7% after Bank of America upgraded the stock to a buy from neutral and hiked its price target on the payments firm. The bank said it expects activist Elliott Management to push for more cost-cutting at PayPal, which could boost earnings going forward.

CrowdStrike Holdings — The stock dropped 6.3% despite the cybersecurity firm reporting a beat on quarterly profit and revenue expectations, as well as issuing an upbeat forecast.

HP Inc. — Shares of the PC maker dropped more than 5% after the company reported a revenue miss amid a slowdown in spending on electronics. HP’s quarterly earnings matched analysts’ estimates, according to Refinitiv.

Chewy — Shares of the pets products retailer slid 7.4% after it issued weak current-quarter revenue guidance. Chewy reported a profit beat in its most recent quarter, but its revenue fell short of expectations. The company expects rising inflation will dent spending on pet products purchases.

PVH — The stock declined 9% after the owner of Tommy Hilfiger and Calvin Klein apparel brands cut its full-year outlook. At the same time, PVH said it’s reducing its global office workforce by 10%.